No items found.
Product is not available in this quantity.

“Every artist dips his brush in his own soul, and paints his own nature into his pictures. ”

Henry Ward beecher
About the Artist

The Art of Combining Passions

Throughout my life, I have always been at my happiest when I create... whether it's painting, photography, music, cooking (preferably without a recipe), dancing, writing, making cards or gifts... it doesn't matter. Like an addict, I can't get enough. As author Neil Gaiman stated, "The world always seems brighter when you’ve just made something that wasn’t there before". Smart man.

I have also always loved the outdoors. I grew up camping and fishing with my Dad, exploring 4x4 roads just to see where they went, hiking, building campfires (I have MAD fire building skills, but their true purpose is for making gourmet s'mores -- once you go peanut butter and sea salt caramel, you'll never go back). As another wise man sang, "it's Colorado Rocky Mountain high" and being in the mountains is definitely my other drug of choice.  Mama Nature is the ultimate artist - my drive as an artist is to capture those fleeting moments that take your breath away and to try to infuse my paintings with the emotions they evoke.

Before we go too much further, I'm going to let you in on a little secret... [Spoiler alert!] I did not go to art school, although I was a band and choir geek in high school if that counts for anything. And up until my early-mid-ish 40's, I didn't know what I wanted to be when I grew up, so I was a perpetual cog in a gigantic corporation. I loved [most of] the people I worked with, but I wasn't particularly passionate or enthusiastic about my work, that is unless I spied an opportunity to infuse the stuffy, acronym laden organization with, you guessed it, something creative (or as they like to call it "outside the box"). At parties, when people asked what I did for a living, I would change the subject as quick as humanly possible, and not just because I'm a serious introvert. But, after two decades with said corporation, two roads diverged in a wood, and I took the one less traveled by, and now I call myself an artist -- and that has made all the difference. Hopefully Mr. Frost didn't just roll over in his grave...sorry Rob!

The threads of creativity and being outdoors have remained consistent, but my specific passions have evolved over time - I taught myself to mountain bike at age 27 (after a friend introduced me to the trail pictured to the right). I discovered art in my mid-30s thanks to my mother in law, Carol Welch, who told me "anyone can be an artist, its a skill like anything else that can be learned". Life changing words right there folks. I dabbled in several mediums, took some classes, started following artists and blogs. Somewhere in there I became obsessed with landscape photography and started taking obscene amounts of photos while riding my bike [my Strava times suck] in beautiful places, like Crested Butte, where I became involved with the Crested Butte Mountain Bike Association. At 41, I found my aspen painting hero, Carl Bork, on a mountain biking trip in Salida [serendipity happens!], took his workshop (twice!) and fell in love with oil painting. And voila, my passions combined into a new life pursuit!

Since I'm a quote-aholic (why spend time figuring out how to say something when someone else has already said it better?), I can't pass up the opportunity to leave you with one more little pearl - "It's never too late to be what you might have been", which is made all the more awesome because it is attributed to George Eliot, who was actually Mary Anne Evans, an English novelist, poet, journalist, translator, and one of the leading writers of the Victorian era. You go girl! I hope to inspire others of all ages to find their passions and a way to combine them into a purpose for their life. And BTW, IMHO, being a late bloomer isn't a perjorative term - some of my favorite wildflowers are late bloomers - take fireweed for instance - absolutely gorgeous fuchsia flower (and the perfect use for quinadricone magenta paint!), but I digress... 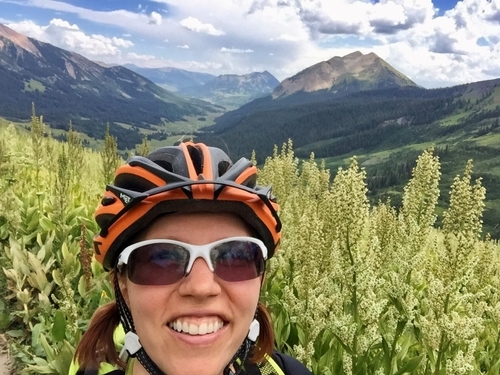 Artist in her Natural Habitat

“This is my cathedral, my gym, my playground, my therapist, my canvas.  I worship the majesty of the mountains and the grandeur of distant vistas. I chase the fleeting rays at sunset, billowing clouds and the play of light and shadow.  I bathe in sunshine and wrap myself in the gentle caress of the wind.  I am happiest where time is measured only in sunrises, sunsets and the changing of the seasons. My wealth is accumulated in moments that steal my breath away.  My health is measured in sweat and shortness of breath.  The soothing sound of the stream, the quaking of aspen leaves and the scream of the soaring hawk is my favorite symphony.  The brilliantly colored hillsides covered in wildflowers and fiery sunsets, my favorite masterpiece.  Here, I am alive, my soul is full, my mind at peace, and my heart bursts with gratitude for each and every beautiful moment. ”

Go to the Shop

Learn More from My Blog

Gesso Your Canvas the Easy Way!

in
In The Studio
SEE ALL POSTS 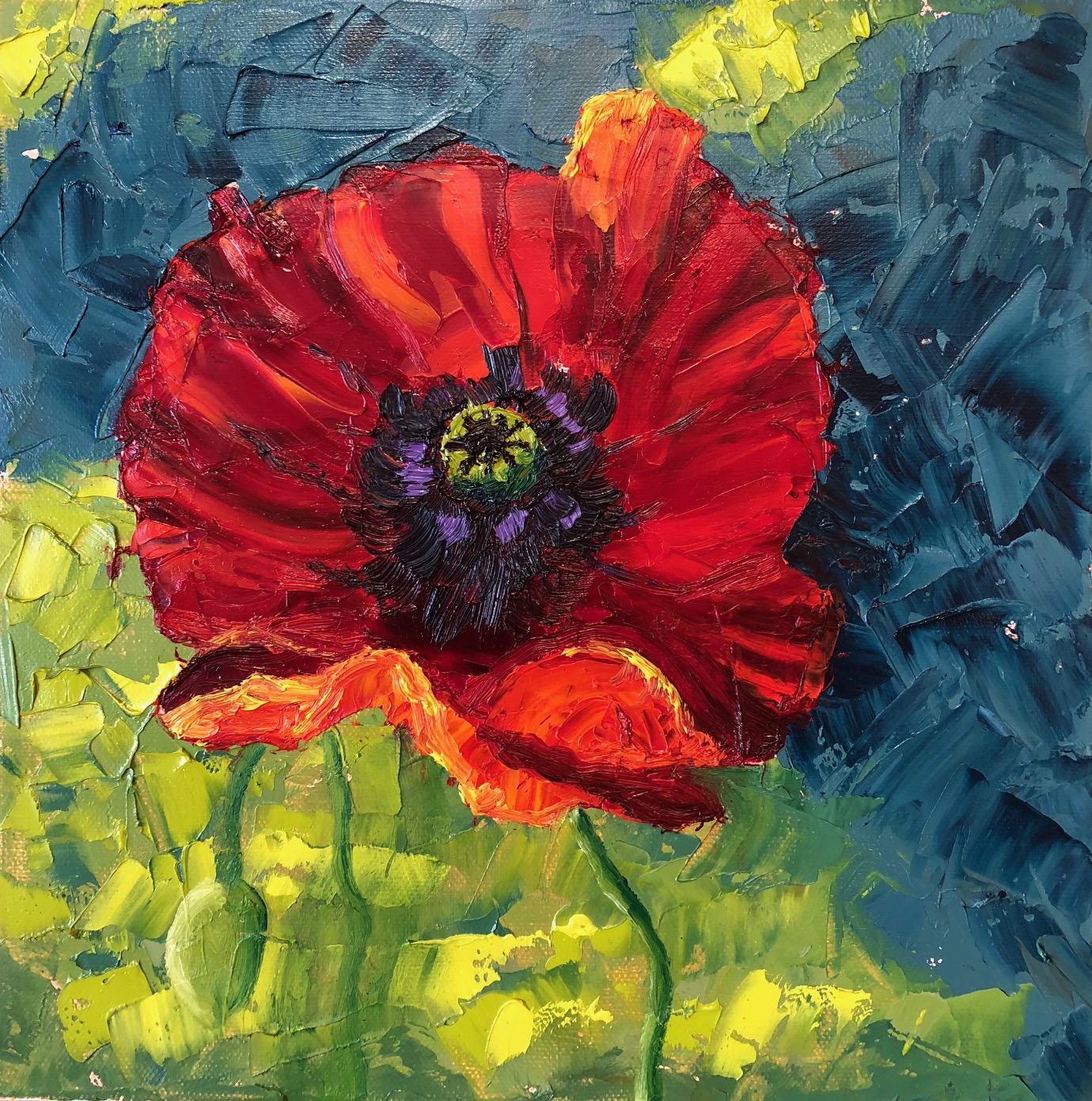 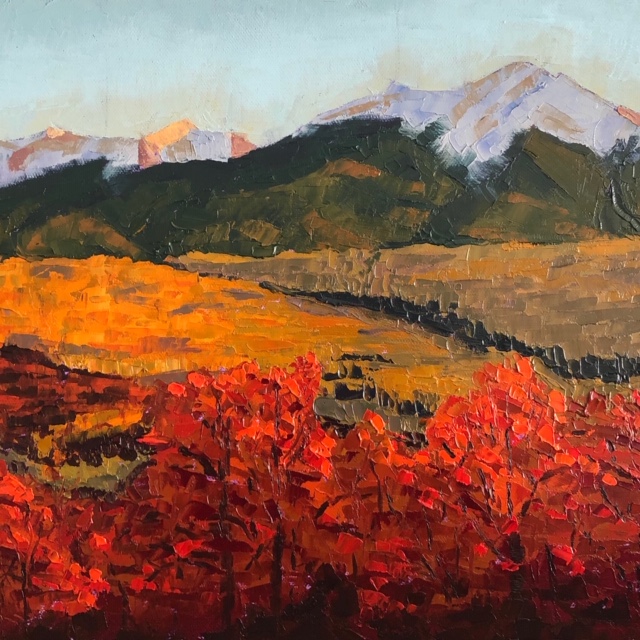 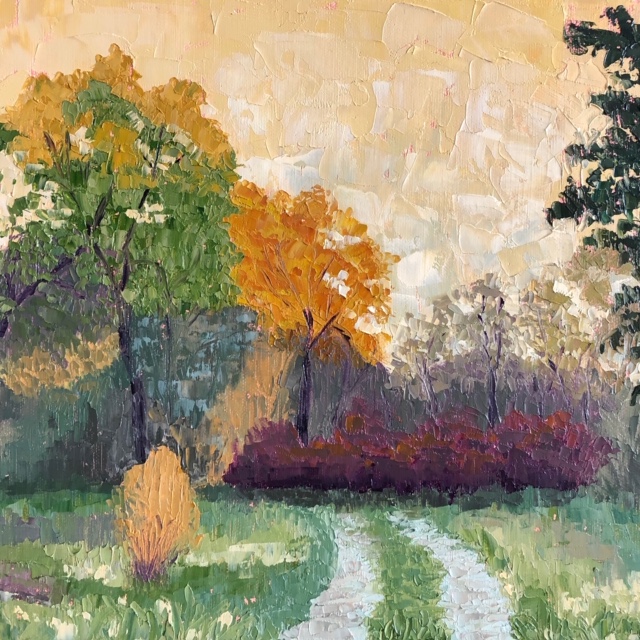 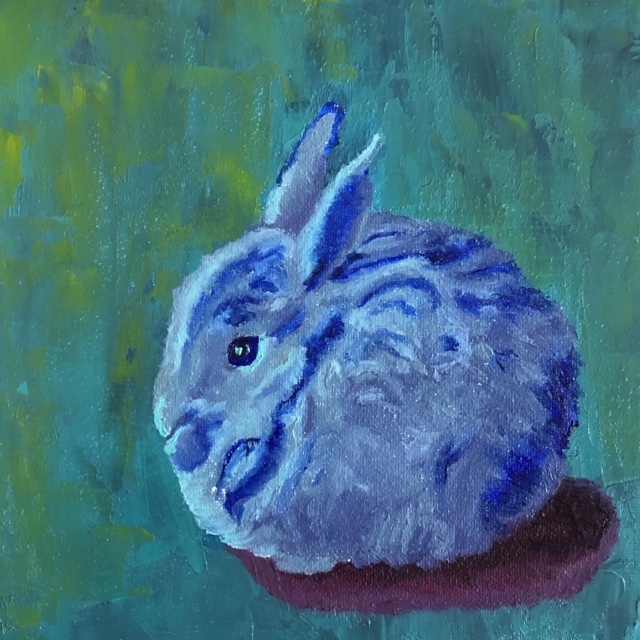 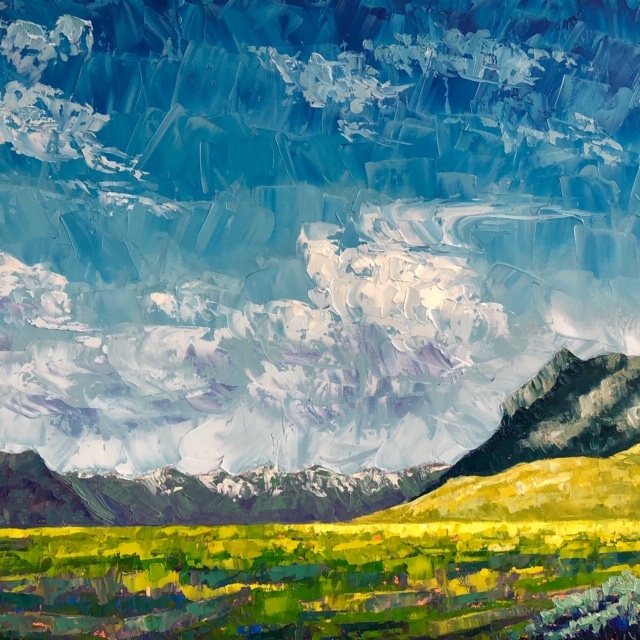 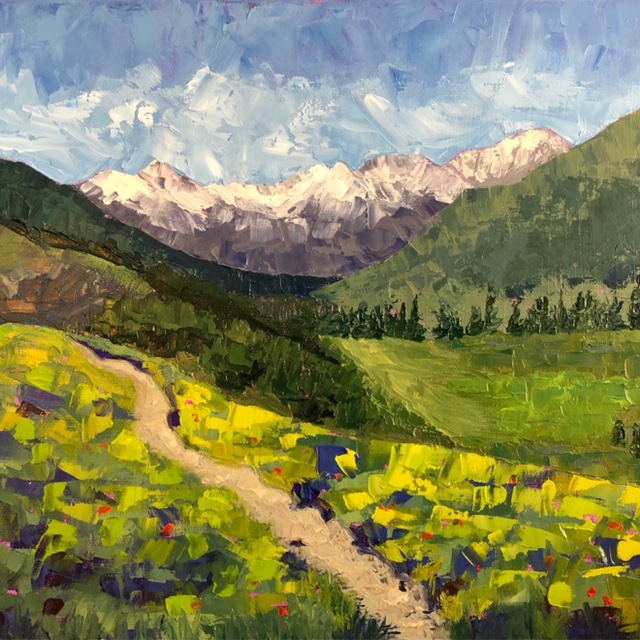 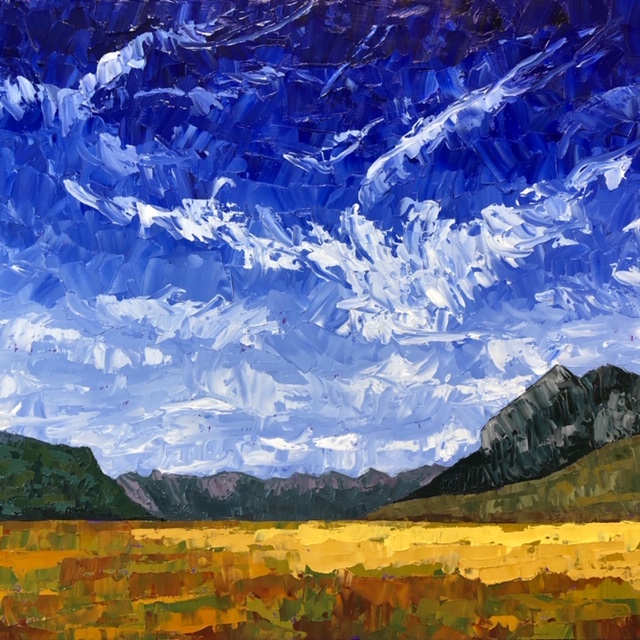 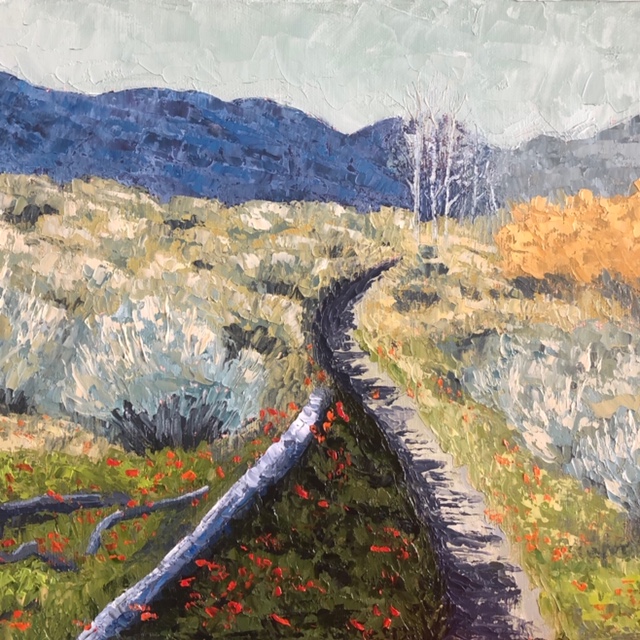 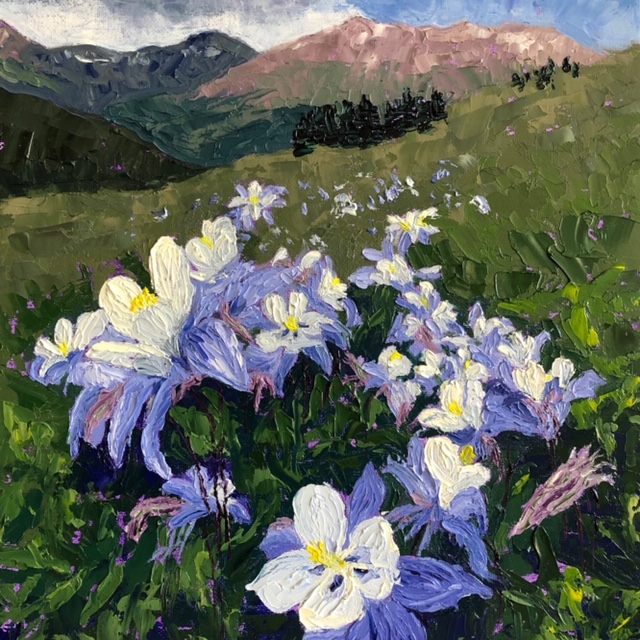 See what's on my easel

Thank you for subscribing!
Oops! Something went wrong while submitting the form.
Created with love by Elastic Themes
Powered by Webflow